Author: Alexander Solovev, Chairman of the Board of Trustees the Social movement «Basic income Russia Tomorrow»

A Russian man harnesses a horse slowly but drives fast. Suddenly, the ex-president of the Russian Federation, chairman of the ruling United Russia party and deputy chairman of the Security Council Dmitry Medvedev urged party members, together with the government and trade unions, to «analyze approaches to new structures» — «the minimum guaranteed income of citizens», by which he meant «the inviolability of the minimum amount of funds that is paid by the state to a person regardless of the type of activity, social and economic status. » Medvedev focused on economic, financial and organizational aspects. At the same time, he stressed that «the pandemic has shown how important it is to provide support to people in order to maintain social stability.»

This initiative of the authorities certainly pleases the supporters of the basic income in Russia, especially after many years of silence by the authorities on this topic. Moreover, during the pandemic, most high-ranking officials were categorically opposed to cash payments to Russians. Officials referred to inflationary risks, lack of need, “the budget will crack”, the inability to “print reserve currencies”, the inability to provide a sufficient number of tools to attract large amounts of foreign debt, “the authorities are already helping enough”, “only rich countries can afford this”, “this is not something that can help residents”. The US government’s $ 1,200 financial aid to its citizens was called “bullying”.

Therefore, the most memorable was the decision of President Vladimir Putin to pay a one-time unconditional cash payment of 10 thousand rubles (about $ 150) to parents of children from 3 to 16 years old. It was repeated in August. This financial assistance can be considered “emergency children basic income” only with restrictions.

A sudden change in course may indicate that the authorities understand the need to change something in the country. Despite the fact that they do not want to change anything. Many Russians understand that something is amiss in the country. Obviously, Russia’s social security system does not meet the requirements of the 21st century. There can be no social stability with a monstrous property stratification of the population and 20 million official beggars in one of the richest country in the world. During the pandemic, Russians expected real help from the authorities for their taxes. But even against the background of other countries, measures to support Russians were untimely, weak and bureaucratic.

Demonstration of the authorities’ readiness to discuss one of the most progressive ideas of mankind is a huge step forward in the development of the country.

The worst scenario could be the lack of further steps in this direction and the lack of a strategy. We hope that this was not the pre-election rhetoric and populism of the authorities. Today, Russians need not only to be given hope for a better life, but to take practical steps every day towards this goal. Unfortunately, the majority of Russians do not believe in the possibility of realizing the basic income given the current state of affairs in the country. This is understandable: too often the Russian authorities deceived the expectations of citizens, and the words of the authorities often do not correspond to reality.

Despite this, the number of Russians and organizations supporting the basic income in Russia is growing — from ordinary people to officials, from scientists to politicians and public figures. This is reflected in the Global Map of UBI Advocates which has been developed under the umbrella of «Worldwide Meetings of UBI Advocates and UBI Networks», by the working group: Hannes MEHRER (Germany), Ali Mutlu KÖYLÜOĞLU (Turkey), and Peter KNIGHT (USA and Brazil). For this, we all express our deep gratitude to them.

Also alarming is the lack of a broad discussion by the authorities of the idea of basic income: Dmitry Medvedev suggests discussion among the ruling party, members of the government and loyal trade unions. Efforts are not being made to involve civil activists, Russian and foreign scientists, public organizations, authoritative international organizations with practical experience — BIEN, UBI Europe, and others in the discussion. Perhaps this is an attempt to lead and monopolize the idea for their own political purposes. As was the case with the fight against corruption: now Russia traditionally takes the last places in the Corruption Perceptions Index, according to Transparency International in 2019 the country was in 137th place.

Russians already today need a decent life. It is need such a social security system so that all citizens and their families are financially protected in any situation.

Politicians do not know how the COVID-19 pandemic will develop, how to minimize the consequences of robotization and the development of artificial intelligence, how to support the precariat, etc. The world has changed, the old solutions no longer work.

«The Universal Basic Income would not be a panacea, but considered as part of the progressive strategy of society. The basic income would allow us to have control over our work and to work in a way that reflects our values and eliminates the stress of these tensions», — Guy Standing.

Russia needs to study, analyze and discuss with civil society the idea of basic income through pilot projects. Russia is a huge and multinational country, so several pilot projects (several stages of a big pilot) with different parameters are needed. The social movement «Basic income Russia Tomorrow», the interregional trade union «Social protection Union» have consistently advocated a national discussion and a large-scale pilot project to implement the basic income at the state level. According to international experience, a pilot should include a minimum of 1,000 participants and last a minimum of 12 months. Participation required of Russian and foreign scientists, public organizations, BIEN, UBI Europe and others for international support, exchange of practical experience, purity of research. Thus, it is possible to provide real assistance to the Russians participating in the pilot projects and to set up a new social security system. After that, it is possible to hold a national referendum on the choice by Russians of a variant of the social security system that would suit the overwhelming majority of citizens. It may differ from the social security systems of other countries, but in general, the future path of humanity is predetermined by the idea of basic income. “A good society must want everyone to have security, the option to develop”, — Guy Standing.

We trust that the guaranteed basic income is the social security of Russia’s future. We want every Russian to have a sustainability financial basis in life, to be able to realize the right to a decent standard of living, social justice, equal conditions for all and democracy. We do not want poverty, social inequality and lack of opportunity to lead to social upheaval in Russia. The basic income is a revolutionary solution without a bloody revolution.

“The better world is possible!” 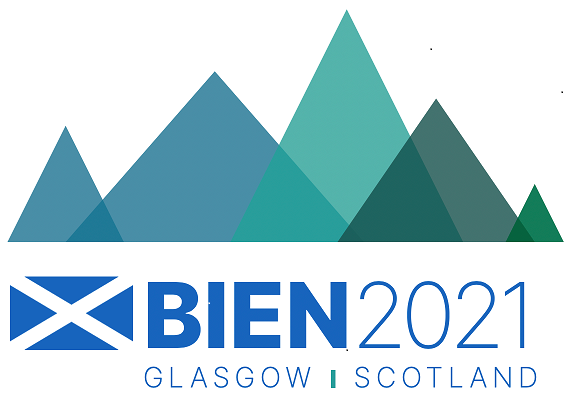